A man lives alone, feebly, in a European country, in the last century. He earns a little money in a mine where men work like animals. He lives in a world governed by a dictatorship. The executions of “those who do not fit in” are commonplace.

One morning, as he scours the soil for some tubers, he is the helpless witness to the execution of a handful of villagers. The stupor passed, the crime committed and the party militia, he goes down to the mass grave. The bodies of the victims were covered with snow.

He then retrieves the red coat of a woman, forgotten by the soldiers. He’s trying to find out if the coat is hiding some money or something else, but nothing. He passes the coat, this one hangs it a little but keeps it warm.
Our man resumes his routine: every day, he goes to work at the mine before returning to his modest cabin in the woods, isolated from everything.

In the middle of the night, drunk with food and drink, he leaves his hut, goes to the mine and enters the underground galleries. There, like a robot, he begins to work but he is prey to visions, hallucinatory sounds and then suddenly : here he is facing a majestic deer, covered with a large red cloth.
The animal invites him to a terrifying waltz. The two bodies clash in a wild, hard, arid broom. The man ends up overwhelmed.
Dream, nightmare, fantasy, the man wakes up “different” from this clash. Clad in a red cloak, he leaves the mine determined.

He goes to the mass grave. He needs to find the woman to whom he stole the coat. He will clear the earth and bring out the remains of it. The body of the woman is intact and frozen under the ice. He wants to return the coat. He then puts it on the body, collects and then … he changes his mind.
He takes the last button (= piece) that remains and with one of his laces, he makes him a talisman he puts on his neck.
He retrieves the coat, covers it with snow and dirt. 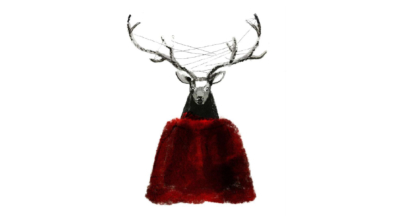 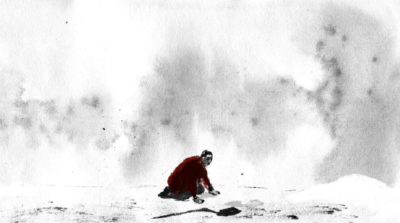 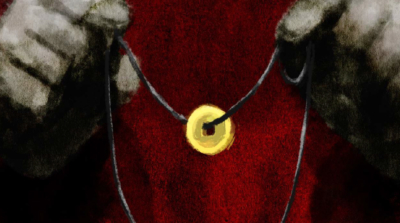 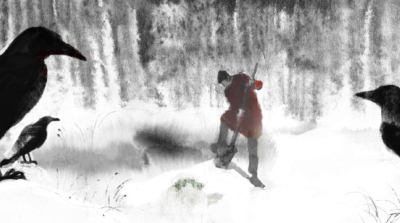 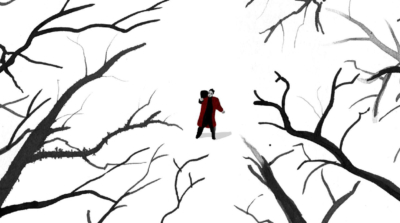 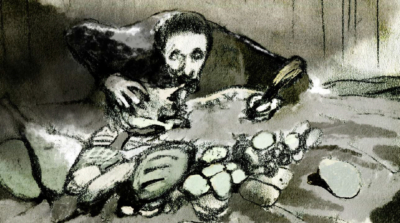 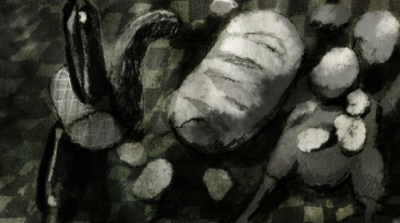 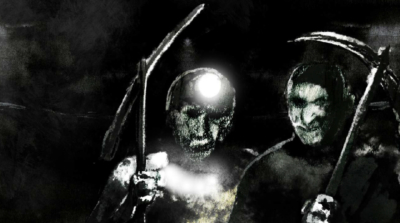 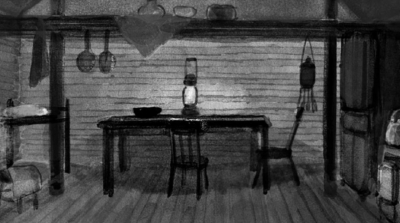 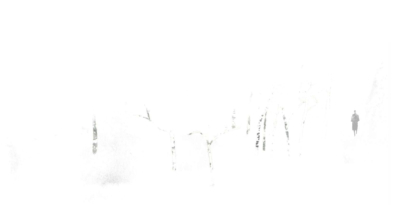 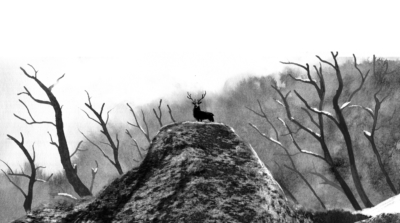 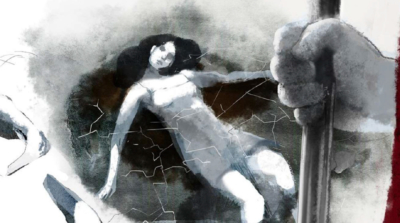 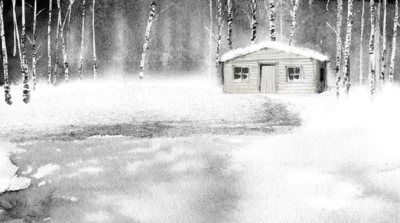 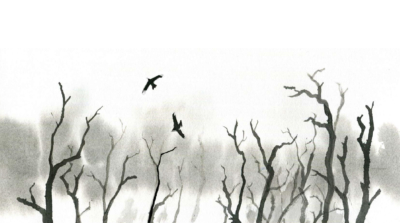